I have posted repeatedly on this blog about people wearing different things to signal solidarity of various sorts. I research how people build alternative securities through solidarity – so I have been following the debates about recent attempts to create safety by wearing safety pins. 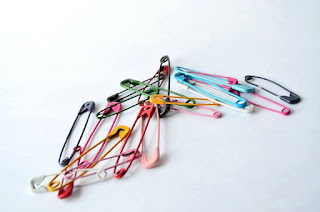 If you are in the US, and maybe even Canada, you have probably heard about wearing a safety pin to signal solidarity for safety in the face of a hateful attack. But I will start with a brief explanation for global readers, since I recently presented on it at a workshop in Brussels and no one had heard of it. This was all the more surprising since it was a workshop on ‘Nurturing solidarity in diversity’ put on by the DieGem research group (see their paper on that page about their work, Putting flesh to the bone).People started wearing safety pins in the UK after Brexit, in response to a huge rise in anti-immigrant attacks. It was inspired by the by the #illridewithyou movement in Australia, in which people offered to take public transportation with Muslims fearing a backlash after a Muslim gunman held people hostage in a cafe in 2014. I believe the initial idea was to signal something like ‘I will step in to create safety’ in the case of an anti-immigrant attack.