On 16-18 May 2019, the Humanities, Arts, Science, and Technology Alliance and Collaboratory (HASTAC), in partnership with the Institute for Critical Indigenous Studies at the University of British Columbia (UBC) and the Department of English at the University of Victoria (UVic), will be guests on the traditional, ancestral, and unceded territory of the h?n?q??min??m?-speaking Musqueam (x?m??k??y??m) people, facilitating a conference about decolonizing technologies and reprogramming education.

Deadline for proposals is Monday 15 October 2018.

Submit a proposal. Please note: This link will take you to a new website (HASTAC’s installation of ConfTool), where you will create a new user account to submit your proposal. Proposals may be submitted in English, French, or Spanish.

The conference will hold up and support Indigenous scholars and knowledges, centering work by Indigenous women and women of colour. It will engage how technologies are, can be, and have been decolonized. How, for instance, are extraction technologies repurposed for resurgence? Or, echoing Ellen Cushman, how do we decolonize digital archives? Equally important, how do decolonial and anti-colonial practices shape technologies and education? How, following Kimberlé Crenshaw, are such practices intersectional? How do they correspond with what Grace Dillon calls Indigenous Futurisms? And how do they foster what Eve Tuck and Wayne Yang describe as an ethic of incommensurability, unsettling not only assumptions of innocence but also discourses of reconciliation?

From Braden King, produced by Field of Vision, via Aeon.

This is good. Via dmf. 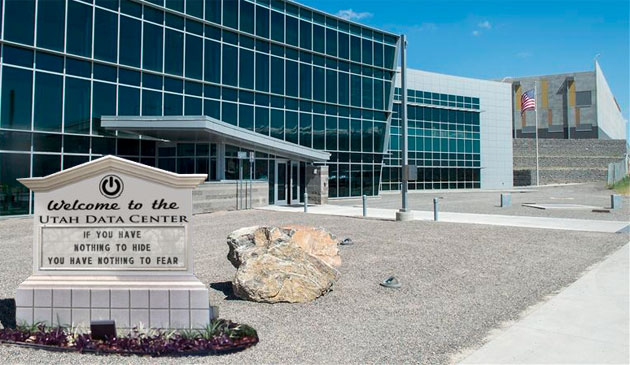 Shenzhen: The Silicon Valley of Hardware

This event looks really interesting, check out the website for more information… 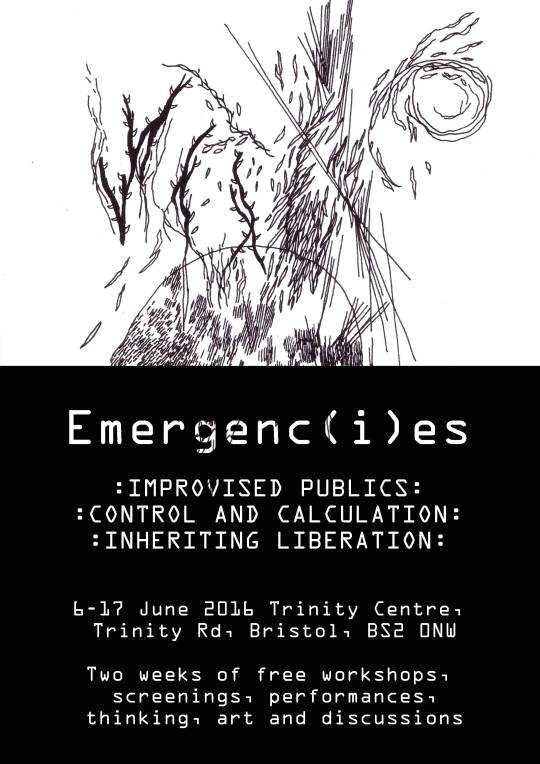 Emergenc(i)es is an invitation to consider the emergency of the current historical moment.

The exhibition will dwell in the question of emergence within emergency.

Performance, education activities, visual art, screenings, installations, workshops and a library-cum-pharmacy will create time and space to diagnose, explore and understand the world we live in.

All activities are free to attend, thanks to generous funding from Awards for All.

Here’s Bradley Garrett, Leo Hollis and Anna Minton talking at the Festival of the Future City, in Bristol – found through  Deterritorial Investigations Unit

This provocative article “Got a French flag on your Facebook profile picture? Congratulations on your corporate white supremacy” on The Independent‘s website makes for a compelling read.

I think is worth reading alongside the excellent letter from Paris by Judith Butler posted to the Verso blog “Mourning becomes the law” – also a must-read, really:

Mourning seems fully restricted within the national frame. The nearly 50 dead in Beirut from the day before are barely mentioned, and neither are the 111 in Palestine killed in the last weeks alone, or the scores in Ankara. Most people I know describe themseves as “at an impasse”, not able to think the situation through. One way to think about it may be to come up with a concept of transversal grief, to consider how the metrics of grievability work, why the cafe as target pulls at my heart in ways that other targets cannot. It seems that fear and rage may well turn into a fierce embrace of a police state. I suppose this is why I prefer those who find themselves at an impasse. That means that this will take some time to think through.  It is difficult to think when one is appalled. It requires time, and those who are willing to take it with you

A few snippets from The Independent article:

So you want to show solidarity with France – specifically, with those killed in Paris this weekend. If you’re a British person who wants to do that because you feel sympathy and sadness for people who are brutally massacred, regardless of their nationality, then fine. I just hope that you also change your profile picture to a different country’s flag every time people are wrongly killed as the result of international conflicts – for example, during the attack on Beirut in Lebanon just the day before.

Flags are politically and historically charged symbols (just look at the infamous and aptly self-styled Isis flag itself), symbolising states and representing influence, power, segregation, borders, nationalism and identity – some of the most commonly held reasons for armed conflict. It’s important, before overlaying a flag on your smiling face, to think about this.

I’m guessing you didn’t feel moved to drape yourself in the Tricolore [sic] until Facebook pushed that option out to you, possibly even until you saw how many people had already snapped it up. But paint-by-numbers solidarity when it’s foisted on you by one of the most powerful companies in the world is simply not the way to help a traumatised nation in shock after murder.

I’d just add that apparently the tricolor overlay implemented by Facebook has a setting that allows the user to automatically switch it off after a given length of time… how convenient.

There has, of course, been some interesting academic and journalistic discussion of what has been referred to as ‘recreational grieving’ and ‘mourning sickness‘ that is cognate to this argument, but the article above puts in sharper relief complex issues concerning the kinds of imaginative geographies that are being (re)produced and performed in response to the incredibly sad and horrific events that took place in Paris last weekend and their aftermath… something Derek Gregory has also written about on his blog.

Another interesting event, from the Society for Radical Geography, Spatial Theory, and Everyday Life, short deadline now though: 20th Nov. –– I saw this via Mark Purcell.

While sovereignty is often defined in terms of the bounded nation-state, this symposium convenes to examine competing, overlapping, and “nested sovereignties” (Simpson 2014). How is the spatiality of sovereignty felt, practiced, embodied, inhabited, or imposed at various scales? We might consider how the thousands of missing and murdered Indigenous women in Canada and the U.S. lay bare logics of patriarchal white settler sovereignty, while ongoing state-sanctioned violence reveals that anti-Blackness is also constitutive of and central to securing the nation state. What might the controlling and blocking of Syrian refugee movement say about state sovereignty in this moment? Furthermore, transnational feminist scholars have continuously interrogated the relationship between regimes of debt and modes of sovereignty in the Global South. Movements resisting these forms of violence in turn show how the gendered and racialized body becomes a site at which sovereignty can be (re)articulated.

This symposium seeks explorations of how sovereignty is spatialized at all levels, from the power of mapping, to the affects and “erotics of sovereignty” (Rifkin 2012), to the praxis of sovereign polities. How do variously defined geographies determine the limitations and possibilities of sovereignty as concept, as process, and as discursive and political strategy?

Possible topics can include but are not limited to:

Though we welcome submissions that deal generally with spatial theory, special consideration will be given to abstracts that engage this year’s theme. We encourage abstracts from activists, artists, and academics at all stages of research, and will consider proposals of any format for 20-minute presentations (including conference papers, artist talks, art interventions, short film screenings, and activist report-backs). This symposium is committed to producing sustained conversations and a collaborative environment for scholars, artists, and activists whose work engages our society’s interests in radical geography, spatial theory, and everyday life. Those interested may submit proposals of no more than 500 words to radicalspaces@gmail.com by November 20, 2015. Presenters will be notified of their acceptance by December 15, 2015.

Rifkin, Mark. (2012). The Erotics of Sovereignty: Queer Native Writing in the Era of Self-Determination. Minneapolis: University of Minnesota Press.

Just a quick note to flag a couple of interesting posts on the current asylum/migrant/refugee crisis in Europe/the Middle East.

On the ESRC website, Professor Franck DÃ¼vell, ESRC Centre on Migration, Policy and Society, has written a piece entitled: From a refugee crisis to a crisis of Europe.

Quite useful for student discussions…

Over on the OII blog for the ‘Connectivity, Inclusion and Inequality Group’, Jo Shaw has posted an interesting CFP for the AAG in San Francisco next year. Andy Merrifield will make an awesome discussant!

CfP at AAG 2016: An Informational Right to the City? Rethinking the Production, Consumption, and Governance of Digital Geographic Information

After presenting our paper on the same theme at ICCG 2015 in Palestine, myself and Mark Grahamare planning a session for the Association of American Geographers’ annual meeting in San Francisco during Spring 2016. The session aims to provide a space for discussion and research that seeks to ask what a ‘right to the city’ looks like in our increasingly digital world. Interested contributors should read the call for papers below and drop myself or Mark an email to express interest.

An Informational Right to the City? Rethinking the Production, Consumption, and Governance of Digital Geographic Information

Henri Lefebvre (2003:251) once talked of the right to information as a complement to the right to the city. Since then, information communication technologies have become integrally embedded into much of everyday life. The speed of these developments has also obfuscated many changes and processes that now envelop and define the urban experience. This includes changes in systems of abstract spatial representation through geographic information, and the economies surrounding this information as a commodity. The representations which are produced and mediated through this digital information are now contributing to an urban space that is densely digitally layered (Graham, M., M. Zook, and A. Boulton. 2013). These digital ‘abstract’ spaces are essential to the production and re-production of our socio-economic world (Lefebvre, 1991). From Wikipedia to Google Maps and TripAdvisor, the code and content that relates to a building is now potentially as important as its bricks and mortar. These processes raise new questions of spatial justice and the urbanization of information: Which spaces are seen, and which are hidden? How is information produced, for whom, and who consumes it? How does information change material places? Who are the powerful actors in these events, and who are powerless? And finally, is the broader concept of an ‘informational right to the city’ now required? If so, how should it be envisioned and put into practice? This session invites submissions concerned with the production, consumption, and governance of urban geographic information, and it encourages research and reflections that seek to rethink what informational rights we have in our hybrid material/digital cities.

Please email abstracts of no more than 300 words to Mark Graham (mark.graham@oii.ox.ac.uk) or Joe Shaw (joe.shaw@oii.ox.ac.uk) by Friday 2nd October 2015. Successful submissions will be contacted by 9th October 2015 and will be expected to pay the registration fee and submit their abstracts online at the AAG website by October 29th 2015.